"The entire world is a very narrow bridge, and the main thing is not to be afraid." — Rabbi Nachman of Bratslav

Don’t be afraid to learn your prayers. 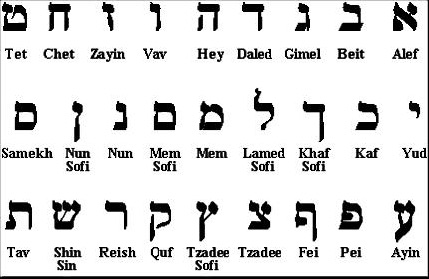 Last Friday night I did something I never thought I’d do: I conducted a Shabbat service entirely in English. Not because I think it’s a good idea, and not because I was pressured by a Hebrew-hating congregation. I was trying to prove a point and wound up discovering a couple of different ones.

The very small “congregation without walls” that I lead is unaffiliated but uses Reform liturgy and, while it includes some members who had substantial Jewish educations as children, the majority of the people who come to services don’t have much Hebrew background. (All of them are strongly committed to Judaism and are lovely, menschedik people, and many are eager learners.) We have a Friday night service just once a month, though I’m trying to nudge the steering committee to double that. A few members have kept up a drumbeat of wanting more English and less Hebrew in the services because they can’t read Hebrew, despite the usual comebacks:

“But Hebrew is the traditional language of Jewish prayer.”

“It isn’t our language, and I never had to learn it.”

“You could learn it now. I’m happy to teach you.”

“But everything the congregation sings is transliterated just below.”

“It’s still Hebrew. I don’t know what it means.”

“But an English translation is right there on the page.”

“It’s distracting to read the English while people are singing in Hebrew.”

“Anyway, it isn’t all about understanding what the words mean. It’s the sound of the Hebrew, the rhythm of the Hebrew …”

“I get that, but I still want to know what I’m singing.”

Understand that I regularly include lots of English in my services: responsive readings, passages that aren’t transliterated, outside readings that I ask congregants to recite, spontaneous kavanot and discussions. But yes, most of the sung liturgy is in Hebrew. I sounded out members from Reform backgrounds about perhaps using a couple of English-language settings from the old Union Prayer Book days, but the only one they know is the call-and-response “Let us adore … the ever-living God …” for Aleinu, and that isn’t in the siddur we use.

Finally, after this issue came up at a membership meeting last month and we’d had the exchange described above, I said, “You know what? Next month’s service is going to be all-English. You probably haven’t heard a lot of our prayers sung in English. Maybe if you hear the things we sing with English words, you’ll get why they’re meant to be sung in Hebrew.” My theory was that they’d find the English, sung to the tunes we use regularly, so clunky or even silly that they’d understand why some of the passages don’t even have English-language settings and be okay with the traditional Hebrew. I figured even the Hebrew-averse congregants would be uncomfortable with a mourner’s Kaddish in English when they’d heard “Yitgadal v’yitkadash…” all their lives, and by the time they were singing the boilerplate of Adon olam (“Eternal One, who reigned supreme…”) they’d have had enough.

Predictably, the congregants who knew Hebrew or wanted to know Hebrew were not happy at the prospect of an all-English service, while others were intrigued. I described it as an experiment, but I made my position clear at the beginning of the service when I announced that our thematic text for the evening was not the Torah portion of the week but rather Numbers 11:18-20: “You have kept whining before HaShem and saying, ‘If only we had meat to eat! Indeed, we were better off in Egypt!’ HaShem will give you meat and you shall eat. You shall eat not one day, not two, not even five days or ten or twenty, but a whole month, until it comes out of your nostrils.” (Happily, that got a nice laugh.)

As it turned out, I probably did too good a job. I fit the English in the prayerbook to the tunes so that it scanned nicely for most of the passages. For Adon olam, for which the translation in the book was unusable, I pieced together rhythmic translations from three different siddurim (and three different movements!) to get a singable English version. More congregants sang along throughout the service than I’d ever heard before.

Afterward, the consensus was that Bar’chu and the first line of Sh’ma always need to be chanted in Hebrew, but different congregants had different views of what worked in the vernacular and what didn’t. Their opinions were really helpful and have given me ideas for future services that I think they’ll like. The really interesting comments, though, were the ones that revealed how oblivious some of them were to what’s in the prayerbook and what we do at services. One member said she never noticed that the prayers were translated into English in the siddur. Another appreciated reciting the mourner’s Kaddish in English but seemed somewhat annoyed by the fact that it doesn’t mention death. A third said she liked a certain prayer translation, forgetting that we read that blessing in English at every service.

It became clear that there isn’t just a Hebrew problem among my congregants; there’s a mindfulness problem. (And the latter is my problem, too: going on autopilot is the bane of clergy as well as congregants.) My task is to try to bring the kahal to an understanding of what they’re reciting or singing, regardless of language, so that, whether in English or Hebrew, it constitutes more than sounds coming out of their mouths. I have ideas about that, too.

All of this is a roundabout way of saying I have no intention of drastically reducing the Hebrew of our chavurah services or of giving up trying to get Jews to learn prayerbook Hebrew. Although the rabbis of old have said it’s okay to pray in the vernacular because understanding the prayers is important, that doesn’t mean pushing away such an integral part of Jewish tradition. We Jews are a unique faith community, and reciting prayers in Hebrew is one of the most particularistic things we do. The use of Hebrew in prayer and sacred text is one of the most important things that makes us Jews and places us in connection with Jews around the world. “There is an emotional element that reciting prayer in Hebrew can add even to those who do not comprehend every word,” writes Rabbi Reuven Hammer, a noted scholar of liturgy. “There is nothing magical in Hebrew, but there is something culturally meaningful that is lost when traditional prayers are said in other languages.” (See more at http://www.myjewishlearning.com/article/hebrew-prayer/)

Accordingly, I’ll be starting a basic prayerbook Hebrew class soon. Really, anyone can learn how to decode Hebrew. If you can learn a bunch of text emojis, you can learn the Hebrew alef-bet. If you can remember social media initials (SMH, FWIW, ICYMI, etc.), you can learn some Hebrew prefixes, suffixes, and roots. But my class won’t be just about decoding. It will definitely include learning what we say when we speak to God, and why we say it.

I'm a rabbi, cantor, teacher, writer, and editor who lives by the late Jack Newfield's self-description, "Radical in politics, conservative in lifestyle."

2 thoughts on “Don’t be afraid to learn your prayers.”

This is a text widget, which allows you to add text or HTML to your sidebar. You can use them to display text, links, images, HTML, or a combination of these. Edit them in the Widget section of the Customizer.